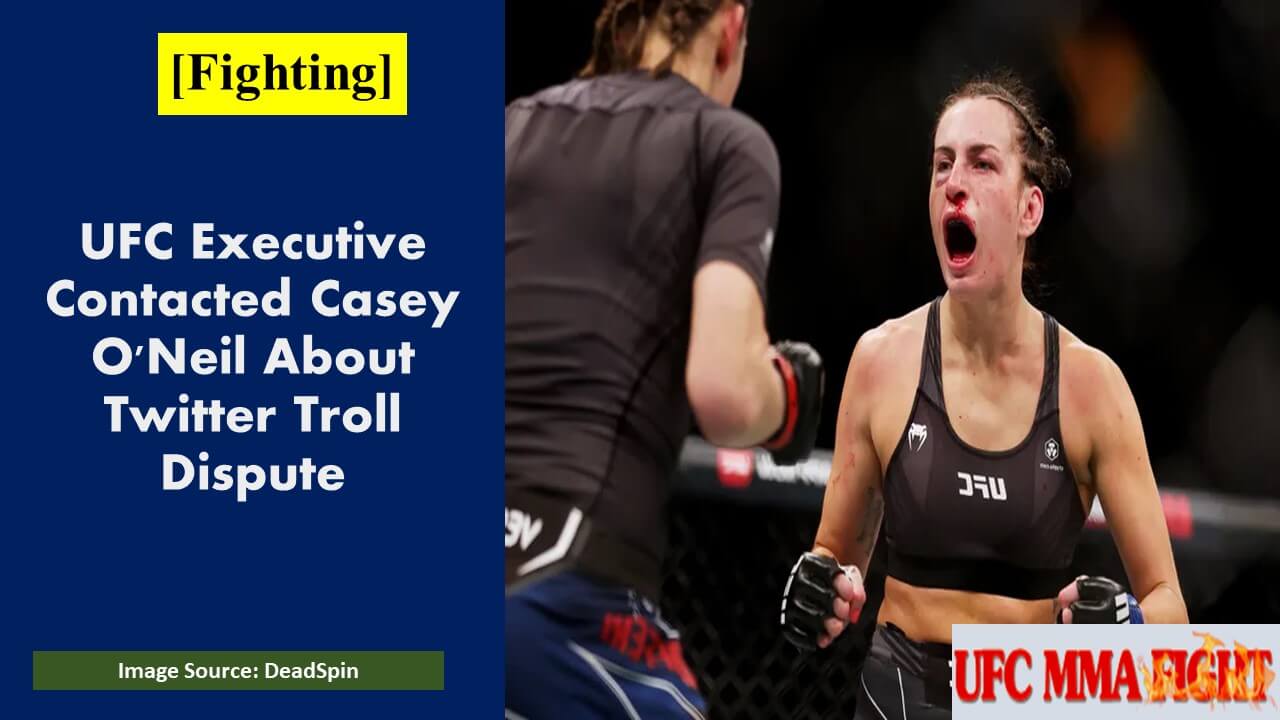 Some athletes, like the number-ten, ranked UFC flyweight O’Neil, are not regularly active on social media, while others, like him, are more likely to communicate with fans in this way.

However, this has recently resulted in an instance in which a troll who made it obvious that he felt capable of what he described as non-elite female UFC competitors deliberately targeted the Australian-born Scottish fighter by challenging her to a sparring session.

A Fight Was in The Cards for Casey O’Neil

Here, she admitted that she was prepared to take on this individual although she had a damaged ACL; however, when she woke up, she discovered that the troll had erased his Twitter account and that he was nowhere to be found.

After he challenged me to a fight online and said that he believes I am a poor fighter and that he would win, I encouraged him to come train with me in person.

“At the moment, I only have one ACL, and I’m not even cleared to spar, but I have no doubt in my mind that I would destroy him,”

O’Neill stated. “I was all prepared to beat his ass on Tuesday, but he deactivated his Twitter account. I was looking forward to it.” I saw when I woke up today that his account is no longer there, and as a result, I do not believe that Casey vs Cal will take place anymore.

As things stand, it may turn out to be for the best that Cal is not completely off the map and does not seem ready to come up for a fight at this time.

It would seem that Casey O’Neil’s decision to use force to quiet a hater has generated some friction between herself and Hunter Campbell, who serves as the Executive Vice President and Chief Business Officer of the UFC.

O’Neil noted that this entire scenario started to spiral out of control and get momentum in the real world outside the realm of Twitter.

As a consequence of this, the news made its way back to Campbell, and he sent a text message to the flyweight to dissuade her from entering this bout and putting her ACL in danger of further damage.

Barstool Sports is going to be covering it for us. I am getting text messages from Hunter Campbell of the UFC telling me not to have bouts that are not sanctioned, so please do not. I cannot have you in poor health. Everyone is treating it with the utmost importance.

However, I find that to be humorous,” O’Neill said. “I believe that individuals say that nearly to attract attention.

I do not know whether it is some kind of fetish like they want to get beaten up by a woman or something. I do not know what it is. You are obligated to compensate me if this is the case.