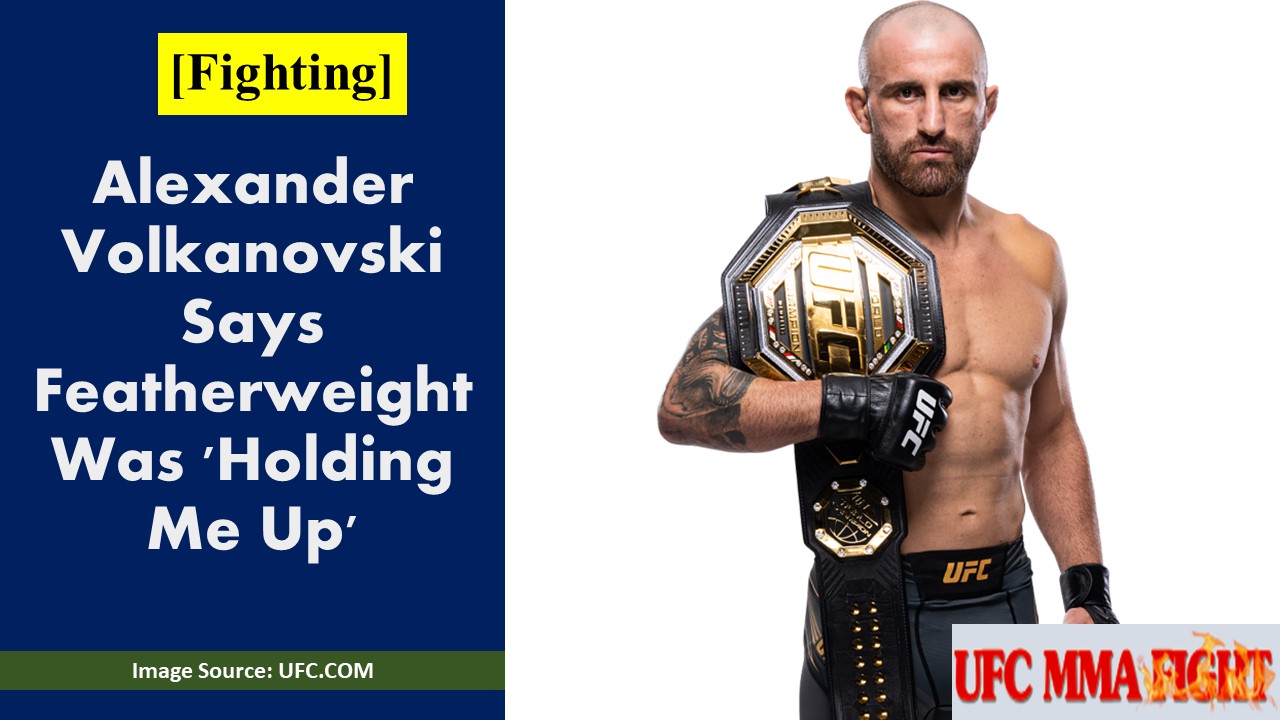 Alexander Volkanovski is on the verge of achieving greatness on an entirely new level.

Fans of mixed martial arts (MMA) have a lot to look forward to in the years to come. Now that UFC 280 is in the past, the focus shifts to the future.

Except for the rematch for the bantamweight championship that took place between Julianna Pena and Amanda Nunes at UFC 277, the company has not recently staged a champion-versus-champion fight that was new and exciting in quite some time.

Things will seem to be different come February 2023.

Volkanovski, the current kingpin of the featherweight division, entered the Octagon at the end of UFC 280 to confront Islam Makhachev, the newly crowned lightweight titleholder.

After their confrontation, the two fighters agreed to meet again at UFC 284, which will take place in Perth, Australia, on February 12, 2023.

Volkanovski said to Submission Radio that he would have already competed if it weren’t for the fact that his division was holding him back. “I don’t want to hold up any divisions, but as I said, I feel like my division is holding me up,” Volkanovski said.

“Even with a broken hand, you’d see me fight this year with a good chance of it happening. It should come as no surprise that they want me for that Australian card; therefore, it has always been going to slow things down for me. Nevertheless, it was evident that I had fractured my hand.

He went on by saying, “I’ve shown that I’m going to be engaged.” “I want to engage in combat every couple of months. I didn’t put myself in a situation where I’d be forced to shut myself in for no good reason, therefore I didn’t lock myself in.

There is a logic to this. I don’t want to sit around and do nothing; I want to be productive instead. Right now is when I’m at the top of my game.

Get me to work. Even if there are two different divisions, I will defend both of them, and I promise you that I will be more active than the majority of the champions in each category.

No of the motivations of those engaged, champion-versus-champion fights always serve to maintain the status quo in their respective categories. The timing just never seems to fall into place to where it shouldn’t.

Volkanovski competes in the featherweight class, which does not have a dominant competitor at the moment. Both Josh Emmett and Yair Rodriguez, two of the top candidates, have presented their arguments so far this year; nevertheless, the promotion does not seem to be inclined to offer either of them the next opportunity at this stage.

At Lightweight, however, divisional mainstay Beneil Dariush stepped out and wowed with a dominant victory through a unanimous decision over Mateusz Gamrot at UFC 280. The fight took place in Poland.

The victory re-established him as a legitimate contender for the crown, and Volkanovski is well aware of this fact.

Even though it’s probable that Dariush will have to keep waiting, “The Great” is more than pleased to turn around as fast as he can to provide him with the chance that he’s earned.

“I truly like Beneil,” Volkanovski stated. “This guy is fantastic, and he’s also one of the sweetest people you’ll ever meet in your life. I have the utmost regard for him because he is in an excellent position, and I like what he is doing.

Even now, he’s talking about how he’ll fight whomever else he can since he knows I’m coming up next. If he is sidelined, he could probably sit for a while, in which case I’ll go get the belt and tell him, “Hey, a couple of months, let’s do it.”

Where are we carrying it out?’ However, he prefers to fight, and I like that about him.

“If he fights on that show and I win that title, I will fight him a few months after that if I have to,” he stated. “I will fight him if I have to.” “Because he deserves it. It is not my preference to keep those who are engaged in such activities waiting.

If I’m going to keep somebody waiting I’ll just keep those individuals waiting who are looking forward to a championship chance. They can wait if you get what I’m trying to express there if you get what I mean.